A site in Turkey called Göbekli Tepe, built much earlier than Stonehenge or the Great Pyramid, has caused some mystification in archeological circles, as it seems to show that at least one particular group of pre-agricultural hunter-gatherers constructed advanced stone monuments. Check out the photo gallery for inspiration. 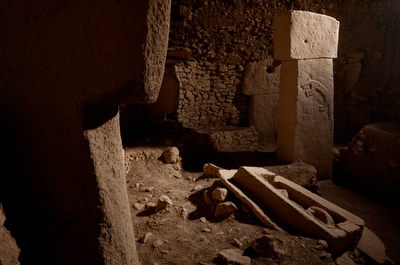 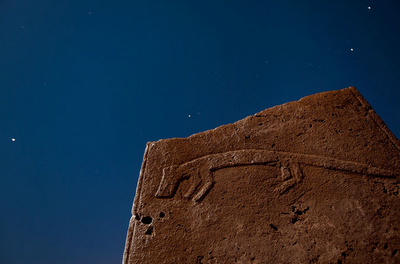 The often interesting book blog The Age of Uncertainty posted about a trip to France. Drop these into your game: 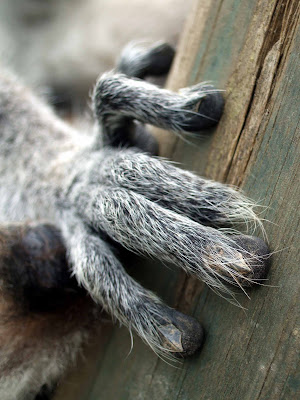 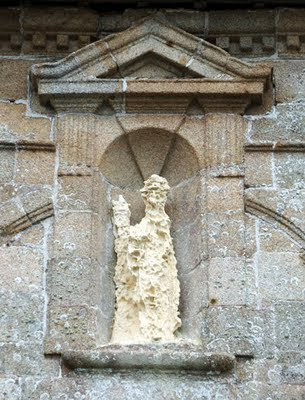 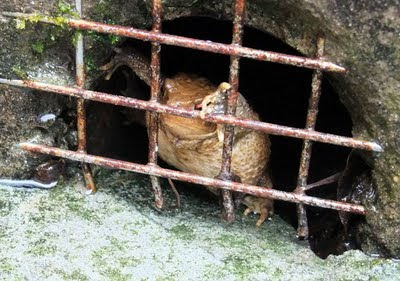 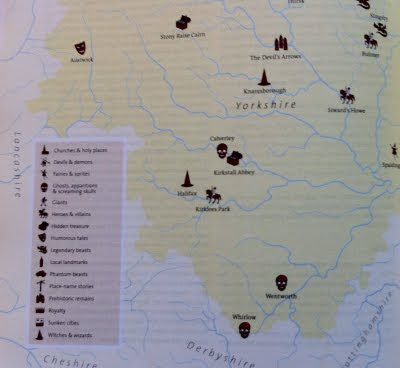 I playtested A Stranger Storm, the starter module included in LotFP: Grindhouse Edition. During play, I wrote myself this note: "it's not that the premise is so original (it's not), but that the ideas make for fun play situations. Start adventure design with a situation and work backwards?"

LotFP does a better job than most rule books of encouraging design with meaningful choices, so painting it as didactic nihilism... well, you can't preach both meaningful choice and nihilism. What's the alternative, really? A game based on predestination? Isn't that the sort of pre-scripted story-based play we've been trying to escape?

I thought of an alternative method that's nearly equivalent and slightly faster.

Using that method, the chance of surprise increases 4%, and the average non-surprise encounter distance goes from 50' to 60'. I think it's close enough to be worthwhile.

Since I saw Peter Mullen's art a few years ago, he's been one of my favorite fantasy artists, but I always liked his color work better than his black & white stuff.

His new B&W pieces in Dungeon Crawl Classics, though, are inspiring. He's really taken his craft to a new level of excellence. Top notch!

Stefan Poag has some great pieces in DCC too. I particularly like his freewheeling panorama spread across a couple of pages in the wizard spells section.

Some of the other artists' illustrations don't hit my personal sweet spot as hard as Mullen and Poag, but the quality is generally high.

Small text for a small complaint....

The only thing I can point to as a problem (and I only mention it because feedback is the point of a beta release) is that the scans of certain pieces make the inking look unnecessarily sloppy. The issue doesn't stand-out if your monitor is calibrated to a more sane level of gamma than mine.

Not that the above detail looks "sloppy"—I was just trying to show that not all the blacks reproduce quite a blackly as might be desirable, and the lines that you definitely want black and crisp may look a little fuzzy printed at that color depth and resolution.

In original D&D, as described on page 34 of Men & Magic, magic-users and clerics can conduct magical research to invent new spells.

The player proposes a new spell, and the referee assigns it a spell level. The character must conduct research for a number of weeks equal to that spell level, and spend a minimum amount of gold pieces based on the spell level.

At the end of the research period, there's a 20% chance of success. The player can spend more money to increase the odds, gaining an additional 20% for each multiple of the minimum cost spent.

What happens if that roll fails? Men & Magic doesn't say, so roll d6:

Kiltedyaksman of Discourse & Dragons posted about including bricked-up doorways in dungeons. It's an excellent idea—one I'd thought of before, but keep forgetting to use.

Art in gaming products (as landmarks)

Today, I read a bunch of posts about art in gaming products. Stephan Poag often writes thoughtfully on the subject. As one might expect from an artist, he is firmly in the pro-art camp. James Maliszewski tolerates art in moderation. A minority actively dislike art as "a very superficial unthinking gloss for fantasies," but they are asses.

One thing about gaming art that I haven't seen mentioned—perhaps because it's so obvious—is its practical value as an aid to navigating texts. I tend to mentally index gaming books by their images, even when the content of the images doesn't directly illustrate nearby text. It's just a lot faster flipping through a book to recognize a picture than to recognize a block of text.

I suspect that's also why new editions with replaced or rearranged art are so jarring—they disrupt that pattern recognition.

This is not to say that I think of art as a merely a superficial unthinking gloss.