Towers of Krshal is a setting from Albert Rakowski described in a couple dozen random tables.

Take the Rumors table, for example. What does it tell us about Krshal?

There's steampunky stuff around, like difference engines and railroads and gaslights. The city is huge—both wide and deep. All the cemeteries, ghouls, lunatics, wizards, and demons lend the place a Zothique feel. Krshal boasts countless towers and wells.

You get this info from little adventure seed table entries rather than a big block of expository text, which is a win in my book.

6. City is ruled by a council of necromancers. Nobles we can see are just animated corpses, used to confuse people.
7. There is psychic vampire living under the Krshal Lunatic Asylum.
8. There are over 1000 towers in the City.
9. People disappear without a trace in the Hangman Alley.
10. Huge sinkhole opened up in the Grey Stele Cemetery.
11. Tentacled horrors live in the sewers of the Tanners District.
12. There is more deranged people in the City than in any other place.
13. Dead bodies crawl from the graves in the Last Whisper Cemetery.
14. Strange, deformed corpse was found in the Chapel of the Lost. It was really huge and didn’t looked like human body.
15. Everyone on the Boggy Square saw man falling from the window in the Bat’s Tower but no corpse was found.
16. There are many mutants living in the sewers of the old military district.
17. They say that people are eaten alive in the Centaur District prison.
18. Blood-red leeches fall from trees in the Heaven’s Park.
19. Railways connecting districts of the Krshal are forming occult or even magical symbols.

Not every table ties as tightly to the milieu as the rumors table. Any world can use 50 Drunkards, Six Lethal Molds, or Ossuary Random Finds. But the strongest material links closely to Krshal.

Some of the tables evoke the world more vividly than others. The 20 Towers table is awesome, but the Names of the Citizens table does nothing for me. Although the 20 Chthonic Gods table is little more than unpronounceable names with epithets, ones like "Annra, Goddess of Empty Cradles" or "Uu'rraa'l, Trapped in the Living Crystal" are enough to start me writing adventures.

Towers of Krshal won't be all things to all people. It has no ready-to-run material, and Krshal is more of a parts bin than a toolkit. Nevertheless, I recommend Krshal as a must-buy for three reasons: it's only $3.50 for the PDF, the list items offer tons of creative kickstarters, and it succeeds as a formal experiment by making you want to try the form for a setting of your own. 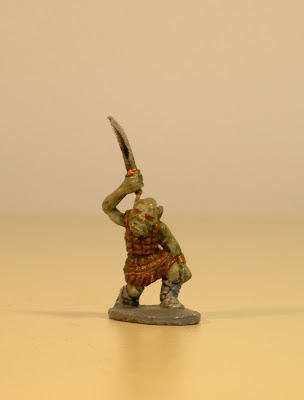 There's only three days left in Raggi's ambitious Grand Adventure Campaign kickstarter. Jeff Rients' adventure has funded, but there are still some promising projects that haven't. I'd particularly like to see Vincent Baker's adventure get funded. Baker is the Forge dude who wrote Dogs in the Vinyard, the Morman gunfighter RPG with a novel poker bidding resolution mechanic. I'd love to see his take on a Vancian wizard's tower adventure, and his subsystem for tower generation.

Orphone of the Three Visions is a wizardess of restless and fitful ambition, so often seen in city market and bazaar, paced always by her velvet half-human servant and bodyguard Ioma. For decades she has kept her seclusium unassailable upon an island of three concentric gardens in the Cove of Bar's Toll, working her magics, pursuing her grandizement and mastery, forbidding all to come. Now she has ventured into the subrealm Paume, for reasons of curiosity, provocation or entrapment, and has neither returned nor left any remnant impulse of her will. Even loyal Ioma has departed for other employment.

So her seclusium stands, not vacant, but vulnerable. The wise have not yet approached it, but cast greedy and speculative looks. Who will be the first to venture an incursion? What will they find within?

The Seclusium of Orphone of the Three Visions: a system for creating an original wizard's seclusium to fit into your own game's world, campaign and level, inspired by the iconic work of Jack Vance, with notes on tone and technique, including Orphone's Seclusium itself as a complete and playable example.

The Basilisk of Warsaw

Benedictus did not, however, volunteer to try out this plan himself. He did not feel quite prepared to do so, he said, owing to age and infirmity. The senate called on the burghers, the military and police but found no man of sufficient courage to seek out and destroy the basilisk within its lair. A Silesian convict named Johann Faurer, who had been sentenced to death for robbery, was at length persuaded to make the attempt, on the condition that he be given a complete pardon if he survived his encounter with the loathsome beast. Faurer was dressed in creaking black leather covered with a mass of tinkling mirrors, and his eyes were protected with large eyeglasses. Armed with a sturdy rake in his right hand and a blazing torch in his left, he must have presented a singular aspect when venturing forth into the cellar. He was cheered on by at least two thousand people who had gathered to see the basilisk being beaten to death. After searching the cellar for more than an hour, the brave Johann Faurer finally saw the basilisk, lurking in a niche of the wall. Old Dr. Benedictus shouted instructions to him: he was to seize it with his rake and carry it out into the broad daylight.

Read the whole story on the Smithsonian's Past Imperfect blog.

Draw these formations out on paper

I received my copies of the 1e AD&D reprints yesterday. The books are pretty nice: sewn signatures, gold leaf edges, quality paper, bookmark ribbon. If you've been on the fence about buying them, I'd recommend it. If nothing else, they're nice, clean reading copies.

Anyhow, I was dipping into the books at random, and found this:

Assign formations for the group — 10' corridor, 20' corridor, door opening, and any other formation which your party might commonly assume. It is always a wise idea to have the very short characters in the front rank, elves and dwarves to the flanks, and at least one sturdy fighter in the rear if the party is sufficiently large. Draw these formations out on paper (possibly your referee will require copies for reference), identifying each character carefully. The leader who is to make decisions and give directions for the party must be in the front rank, or in the second rank if he or she is tall compared to the characters before.

I like the idea of having several diagrams for common formations, rather than just one marching order list.

Before he started his campaign, I wondered if the OSR community might be on the verge of backer fatigue. Maybe, maybe not. Nineteen is a lot of adventures. I suppose even the ones that don't fund give Raggi useful market research. 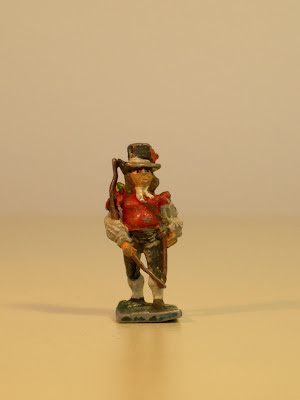 As I mentioned previously, new and returning DM's looking for 1e adventures should checkout this list of AD&D adventure modules (Google Docs spreadsheet). With links to over 100 free and inexpensive adventures, this will be handy for anyone fired-up by the AD&D rulebook reprints. 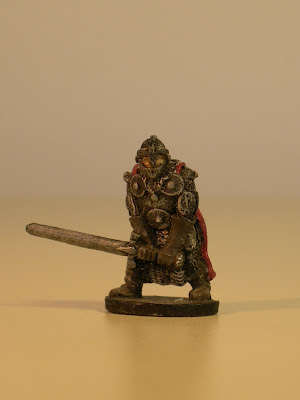 Bringing a shark home from the ruins 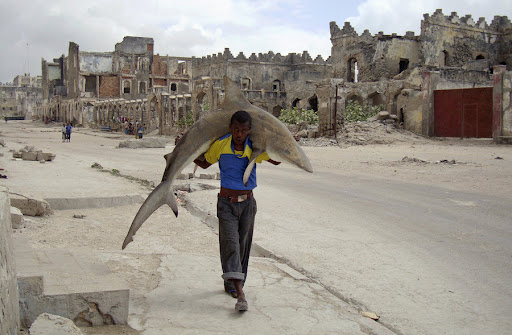 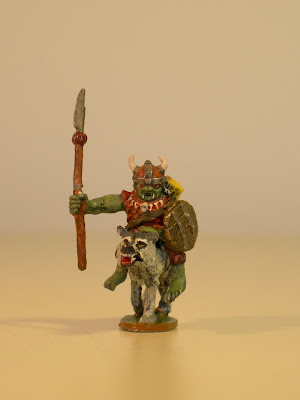 Referee's map is a wilderness map unknown to the players. It should be for the territory around the dungeon location. When players venture into this area they should have a blank hexagon map, and as they move over each hex the referee will inform them as to what kind of terrain is in that hex. This form of exploring will eventually enable players to know the lay of the land in their immediate area and thus be able to select a site upon which to build their castles. (Castle building and its attendent requirements will be covered hereafter.) Exploratory adventures are likely to be the most exciting, and their incorporation into the campaign is most desirable. Exploration by foot is at normal speed. Horsed parties will travel at the speed of a draft horse, and exploration by air will be at half normal flying speed.

Does this mean that OD&D wilderness travel has two modes: a normal traveling mode and a speed-limited exploration mode? 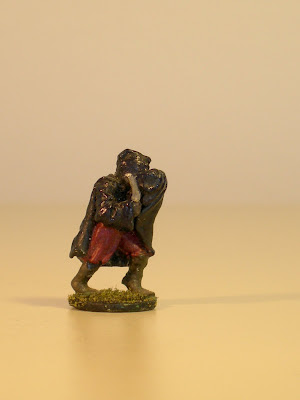