I forgot or never noticed this passage from page 5 of Underworld & Wilderness Adventures:

Falling into the pit would typically cause damage if a 1 or a 2 were rolled. Otherwise, it would only mean about one turn of time to clamber out, providing the character had spikes or associates to pull him out, and providing the pit wasn't one with a snap-shut door and the victim was alone.

Of course, there's also a fair chance a wandering monster will show up to investigate the commotion while you're trying to haul your buddy out of that pit trap.

If you were to stock the first level of a dungeon using the by-the-book OD&D random stocking method, how big a dungeon level would you need to get a group of PC's to second level? We'll ignore, for this post, treasure from placed specials and monster XP.

According to U&WA's "Distribution of Monsters and Treasure" section, two in six rooms have monsters. Of those rooms with monsters, half have treasure. Further, one in six unoccupied rooms have treasure.

We must use different methods to determine the quantity of treasure for occupied and unoccupied rooms.

Treasure in rooms with monsters depends on the monster's treasure type. We're looking at a first level dungeon, so for the sake of simplicity we'll only use treasure types for 1 HD monsters.

This is a problematic topic, because the treasure amounts listed on the M&T "Monster Reference Table" may be for a "lair" or wilderness groups of three or four hundred individuals. For our purposes, I've made some arbitrary decisions about the number of monsters* per dungeon room, and come up with a treasure amount of 576 gp per occupied room. As with the unoccupied room average, the jewelry values pushed this number higher than I'd have guessed.

The magic number here is 1046 XP for every six dungeon rooms. The average OD&D character needs 2,000 XP to reach second level. With that, we can calculate the number of rooms required to provide that experience for parties of various sizes:

If we use the number of players provided in the introduction to Men & Magic, we see some really sprawling dungeon levels: 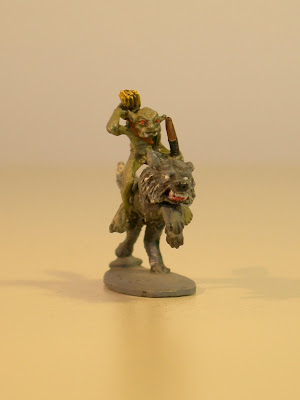 Monsters of the Mythic Underworld coalesce out of darkness and nightmares. What are the goblins doing when the PC's aren't there? They're don't exist at all, or they're just sitting in the darkness waiting for a PC to open the door, or they're doing something completely alien to human experience. It doesn't matter. Monsters are just an expression of the mystical underworld's primal animosity to the player characters.

I recently articulated to myself a slightly different ecology that I favor. It's a decontextualized alien ecology. Such monsters are natural, but not naturally occurring on this world. They lead lives when the PC aren't around, but their activates are not familiar to men. These are visitors from outside—invaders, castaways, refugees, and fugitives. They're the invasive species of the dungeon.

Richard at Save Vs. Dragon has volunteered to head a community geomorph project. I plan to submit a few pages of geomorphs.

I've found Stonehell a little treasure-light. I did a quick count of gold on the first level. There's about 22,000 gp worth of treasure. Labyrinth Lord doesn't give XP for magic items. With XP for killing monsters, we'll call it around 25,000 available experience points.

(Also, treasure in Stonehell is distributed unevenly. Most treasures in a quadrant are very small, but one or two are large. Further, there's a great disparity of wealth between quadrants. The least lucrative quadrant has less than 1,800 gp. The most lucrative has 10,200+ gp. This is in line with the megadungeon design precept that well-traveled areas have already been looted, but it may not be obvious from a player's perspective.)

The average number of experience points necessary to reach second level in Labyrinth Lord is 2,234.

This will vary a bit from group to group, but figure that a quarter of first level PC's will die and the players will miss or bypass a quarter of treasures. Assuming players explore a very large chunk of Stonehell's 140+ first level rooms, there's enough experience for 5-6 characters to reach second level. And, assuming your group clears 6-8 rooms per session, it will take them about 20 weeks to get there.

Stonehell has been touted as the first published campaign megadungeon—something on a scale Gary's players might find familiar. Men & Magic says, Those twenty players would find Stonehell a hardscrabble place. 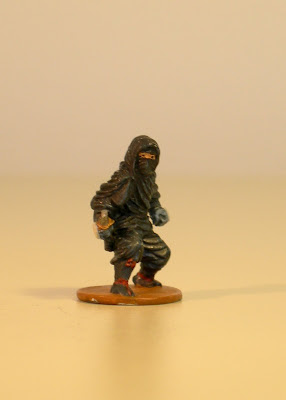 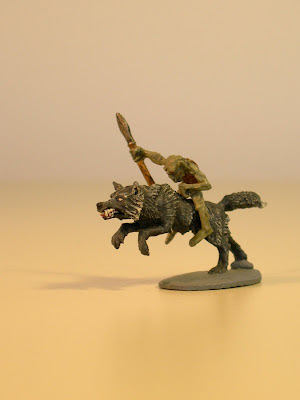 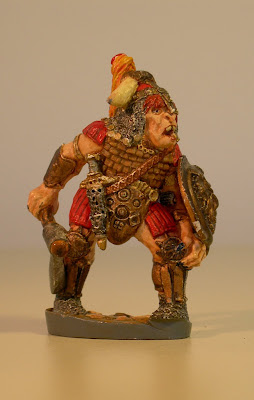