Shig Gorodark is a familiar face to adventurers. He loiters around local taverns (and sometimes dungeon entrances), offering coppers for unique anatomical specimens. His illuminated monographs fetch large sums from a small but dedicate clientele in the capitol. 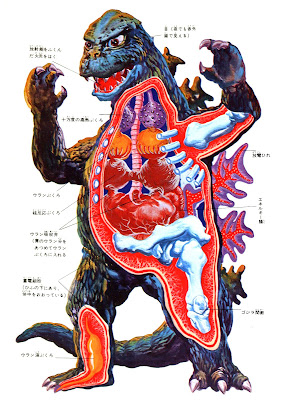 Slim Charles, Pope Leo, and Balian all leveled up after some lucky spins (one extraordinarily so) on the wheel of weal and woe last session.

During the following week, Slim Charles receives a small crate in the mail caravan from the Invincible Overlord's Department of Arcane Standards and Wizardly Measures. This proves to contain an additional step for his tiered, ziggurat-like hat.

The party buys 200' of rope, lamp oil, and rations. All the hirelings get outfitted with polearms. Then, the head back to Stonehell.

The adventurers tramp around the first level, where they engage in a brief labor negotiation with several members of Kobold Trapsetters Local 133, tentatively poke their heads into a cold scary room, and put a pack of cannibals* to the sword with a little help from Phantasmal Forces. Balian narrowly avoids being blinded by a spitting cobra.

Emboldened by his luck, Balian ties himself to the end of the 200' of rope they bought in Halesnug, and has the hirelings lower him down a dry well the party found several weeks before.

(The well is the only downward passage they've discovered; after leveling-up they're drawn to the richer spoils promised by Stonehell's less frequented lower levels. The characters have no idea if the well leads to level two or level three.)

Balian drops through the bottom of the well into a passage covered floor to ceiling with crudely rendered graffiti. He creeps down it some way before bumping into a slavering, tittering gaggle of naked people wielding broken bottles and rusty pipes. Balian apprehends the futility of discourse and—outnumbered—flees with the hooping, hollering horde in hot pursuit. He drops a lantern onto the heads of his enraged pursuers as the trusty hirelings haul him up the well to safety.

When things have quieted down, Balian goes back down the well with the hireling Colwin. The pair explore briefly, wary of the lunatic mob. All they find is a broken rocking horse in the middle of a hallway. Balian learns that Colwin once worked as an antique dealer; he's confident the rocking horse is worthless. They return up the well without further incident.

The reunited party changes tack, and heads back to the cold scary room they dared not enter earlier. While they poked at the bone fragment and rusty metal bits littering the floor, a translucent cloaked skeletal apparition materializes. It vanishes in an explosion of snowflakes when Balian lobs a spear through it, but not before hirelings Colwin and Derric flee in fear.

The remaining party members pry open a pair of stone doors, Pope Leo turns a formation of skeletons, then they decide to turn back to find Colwin and Derric. They bump into Colwin, who had quickly recovered his composure, almost immediately. Finding Derric consumes the remainder of the session. They eventually find him arguing with a large, cryptic stone head.

It was an active and wide-ranging expedition—no treasure, but everyone survived and they mapped a fair-sized area.

* Disturbingly, Slim Charles ordered the reluctant Darric to drag out of the dungeon the spitted, roasted, half eaten body they found the cannibals tucked into. Wizards are crazy bastards.

The Drunk Umberhulk blog posted an interview with Stefan Poag. 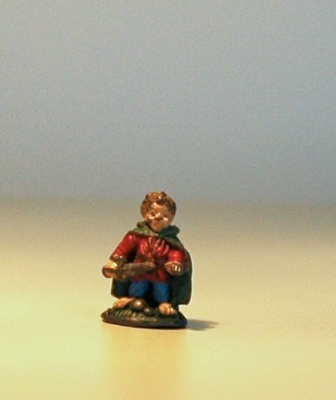 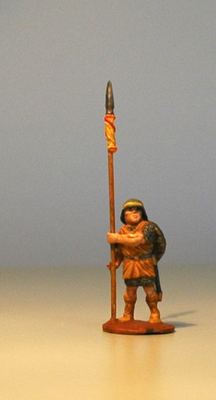 M.A.R. Barker, one of the foremost founders of our hobby, passed away today. Although I never played Empire of the Petal Throne, I know it's very special to a lot of gamers. The 1975 EPT rulebook has had a big influence on my D&D game. (I blogged about Tékumel-style underwords here and here.)

If you cherish Professor Barker's work, consider making a donation to the Tékumel Foundation.

You should read this. It's super bloody and awesome. It's from Plutarch's Lives:

A certain seer warned Caesar to be on his guard against a great peril on the day of the month of March which the Romans call the Ides; and when the day had come and Caesar was on his way to the senate-house, he greeted the seer with a jest and said: "Well, the Ides of March are come," and the seer said to him softly: "Ay, they are come, but they are not gone."

Caesar went in, and the senate rose in his honour. [...] Tullius seized his toga with both hands and pulled it down from his neck. This was the signal for the assault. It was Casca who gave him the first blow with his dagger, in the neck, not a mortal wound, nor even a deep one, for which he was too much confused, as was natural at the beginning of a deed of great daring; so that Caesar turned about, grasped the knife, and held it fast. At almost the same instant both cried out, the smitten man in Latin: "Accursed Casca, what does thou?" and the smiter, in Greek, to his brother: "Brother, help!"

So the affair began, and those who were not privy to the plot were filled with consternation and horror at what was going on; they dared not fly, nor go to Caesar's help, nay, nor even utter a word. But those who had prepared themselves for the murder bared each of them his dagger, and Caesar, hemmed in on all sides, whichever way he turned confronting blows of weapons aimed at his face and eyes, driven hither and thither like a wild beast, was entangled in the hands of all; for all had to take part in the sacrifice and taste of the slaughter. Therefore Brutus also gave him one blow in the groin. And it is said by some writers that although Caesar defended himself against the rest and darted this way and that and cried aloud, when he saw that Brutus had drawn his dagger, he pulled his toga down over his head and sank, either by chance or because pushed there by his murderers, against the pedestal on which the statue of Pompey stood. And the pedestal was drenched with his blood, so that one might have thought that Pompey himself was presiding over this vengeance upon his enemy, who now lay prostrate at his feet, quivering from a multitude of wounds. For it is said that he received twenty-three; and many of the conspirators were wounded by one another, as they struggled to plant all those blows in one body.

Caesar thus done to death, the senators, although Brutus came forward as if to say something about what had been done, would not wait to hear him, but burst out of doors and fled, thus filling the people with confusion and helpless fear, so that some of them closed their houses, while others left their counters and places of business and ran, first to the place to see what had happened, then away from the place when they had seen. [...] Brutus and his partisans, just as they were, still warm from the slaughter, displaying their daggers bare, went all in a body out of the senate-house and marched to the Capitol, not like fugitives, but with glad faces and full of confidence, summoning the multitude to freedom, and welcoming into their ranks the most distinguished of those who met them. Some also joined their number and went up with them as though they had shared in the deed, and laid claim to the glory of it.

But when the will of Caesar was opened and it was found that he had given every Roman citizen a considerable gift, and when the multitude saw his body carried through the forum all disfigured with its wounds, they no longer kept themselves within the restraints of order and discipline, but after heaping round the body benches, railings, and tables from the forum they set fire to them and burned it there; then, lifting blazing brands on high, they ran to the houses of the murderers with intent to burn them down, while others went every whither through the city seeking to seize the men themselves and tear them to pieces. 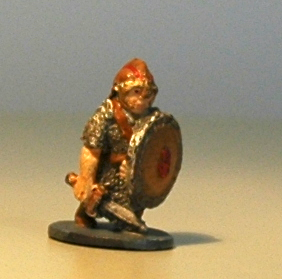 Having recovered a little loot, the party spends the week squandering it on performing freaks, a dance competition, eccentric religious research, and the usual mix of drink and drugs. They take one short break from carousing to research the inscription found on a stone door in the dungeon, discovering the cryptic runes translate as "those beyond do not rest easily".

Their funds exhausted, Slim Charles, Pope Leo, and Balian return to Stonehell with their remaining hirelings, Darric, Colwin, Gilgrim, and Narton. The obsequious kobolds greet the the nonplussed party with a gift of meat (species unknown) as a thank you for slaying the "dragon".

Working up their courage, the party returns to the room with the gaming wheel. Each of them takes a turn. Slim Charles wins big when an enormous emerald clatters from a heretofore hidden shoot in the wall. (This was an extraordinarily lucky treasure roll that I thought about scaling down. Ah, well. Let the dice fall where they may!)

They leave the gaming room to find a group of orcs lying in wait. The pig-faced bastards reduce Colwin to 1 HP, but the party prevails, with Pope Leo bludgeoning the final orc into a pulpy mess.

Pushing their good luck, the party decides to make a quick recon trip of the inscribed stone door they researched in town. This proves to be an embarrassing but non-fatal mistake.

The ruckus of chipping open the door attracts a giant beetle. Slim Charles spots it approaching soon enough that they're all able to duck inside and hold the door. And then they realize they should have taken their huge windfall emerald and run. The party spends a tense hour cowering quietly before the beetle finally loses interest. They make a beeline for town.

It wasn't the most heroic of sessions, but everybody leveled-up and no one had to die (for once).

A dungeon map for you

Demonicpedia exists as a reference and educational resource for demons and demonology. Let's stat these guys up. [via Metafilter]

Last night, I listed to an iTunes U lecture about ancient Greece (this one from Yale, I think) that offered a definition of cities which struck me as slightly more useful than a simple population threshold. Cities are inhabited by a significant number of people whose daily activities do not directly involve producing their own food.

Old Maps Online lets you look around with Google Maps, and see what historical maps are available in online collections for the area you're viewing. Neat. 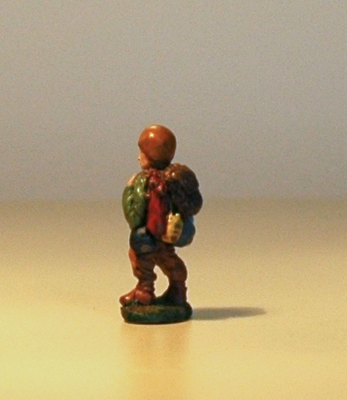 Surely, anyone who might read it here has read it there, but take this as a reminder to go fund Chevski's Dwimmermount kickstarter. Reading about Dwimmermount got me into this OSR thing, and I'm eager to finally hold the book in my hands.

This same Davy Jones, according to sailors, is the fiend that presides over all the evil spirits of the deep, and is often seen in various shapes, perching among the rigging on the eve of hurricanes, ship-wrecks, and other disasters to which sea-faring life is exposed, warning the devoted wretch of death and woe.* 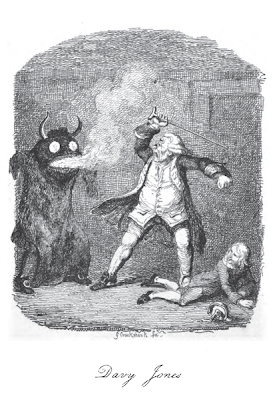