I've been doing some reading tonight—browning wily-nilly through my RPG bookshelf—and I've determined that the LotFP edition of Carcosa is the best D&D product released since 1974. If you don't own a copy yet, you should buy one. This book deserves a permanent and prominent place on your shelves. It's a unique and inspiring setting, and a beautiful physical book. 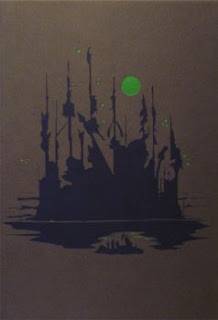 A rant about Monstrosities

I've been holding my tongue about this (and I feel bad posting it immediately following Swords & Wizardry Appreciation Day), but a post on Semper Initiativus Unum set me off.

I backed the Frog God Kickstarter for the Monstrosities book. I haven't received my book yet.

I was pissed that Frog God promoted the project as books with Erol Otus covers, then didn't follow through. Frog God said (although they didn't make this clear in the Kickstarter pitch) they planned to used the same Otus cover art for both the Monstrosities and Complete books. They altered that decision (without notice to their backers) because they decided two books with the same cover would be confusing. I agree. They later reused the Otus cover for a module. Confused? I was. And annoyed.

The best solution to the cover dilemma would have been to commission another Erol Otus cover for the Monstrosities book. I imagine Otus's rates are high, but Frog God raised $78,000 in the Kickstarter. Their goal was $10,000. If you can buy one Erol Otus cover with a $10,000 budget, you can afford a second commission when your budget balloons eight-fold.

As for the Monstrosities book as it is rather than what it might have been....

With a few exceptions (notably the good work of Jason Sholtis), I'm not a huge fan of the deviantArt-like interior illustrations rife with abuse of the Photoshop smudge tool. Amateur art is completely acceptable from an independent author putting out a $20 book on Lulu, but not for a $60 book from a publisher that has in the past touted its superior professionalism.

The layout thing (which is what Semper Initiativus Unum posted about) is curious. I'm not sure what the rational was behind putting each monster on its own page. That decision creates a design problem that was not well solved by the layout they chose. It's not a total horror show, but the Monstrosities layout looks much worse than, for example, the layout of the old Swords & Wizardry Monster Book with the Mullen cover.

This isn't the first time I've gone off on Frog God. I want to make it clear that I like Swords & Wizardry, and deeply respect Matt Finch. Bill Webb, despite some of his unfortunate past comments, is probably a good guy who runs his business because of his love for gaming.

It's great that Frog God brings a higher profile to Swords & Wizardry, but, after a string of poor communications and questionable decisions, I'm beginning to think Matt Finch hitched his wagon to the wrong publisher.

With the surprise shipping charge on top of the cover fiasco, I haven't decided if it's worth it for me to pay the shipping invoice Frog God sent me. (In fact, I've received a second notice from Frog God that my shipping charges are "still outstanding".) That's why I don't have the book yet.

If you're a happy Frog God customer, I'm glad. My gripes are my own. But any S&W stuff I do in the future will focus on Whitebox or Core, unless I see some positive changes from Frog God.

For Swords & Wizardry Appreciation Day, I made this short booklet with a system to generate unique magcial swords: 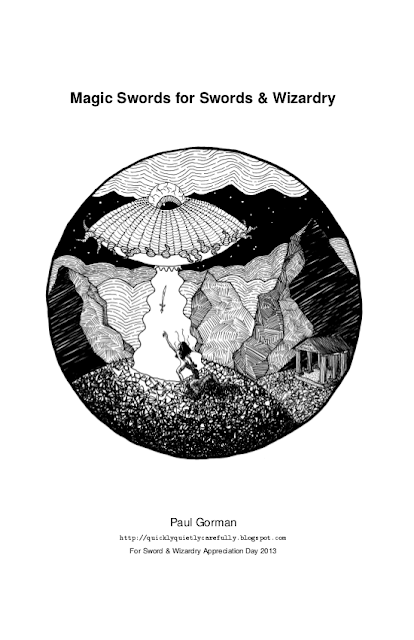 So. I just finished the illustration for my Swords & Wizardry Appreciation Day cover. I'm pretty pleased with it. 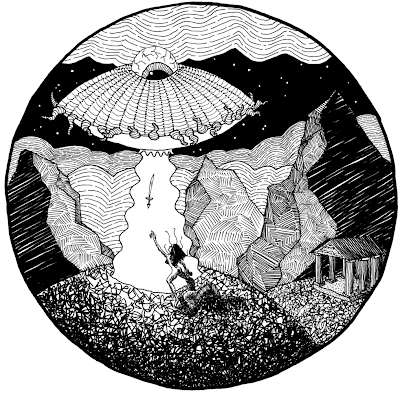 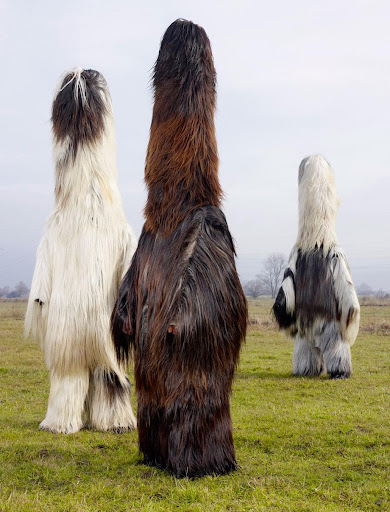 Brendan at Necropraxis writes some very reasonable things about hexes and wilderness exploration. His is a fine solution.

People get too hung up on size of hexes and miles per day of travel.

The Underworld & Wilderness Adventures provides a beautifully abstract system, particularly if you ignore the recommendation to "assume the greatest distance across a hex is about 5 miles," and leave the size of hexes abstract.

In OD&D, each means of travel affords a certain number "moves" per day. A man on foot gets 3 moves, a draft horse gets 5 moves, and a light horse gets 10 moves.

Each terrain type has a "cost". Following a road or track through most terrain costs one move. Bushwhacking through the woods costs two moves. Crossing mountains or swamps costs three moves.

The OD&D system isn't necessarily better than the system proposed by Brendan (and Brendan writes about more in that post than just travel rates). One hex per day regardless of terrain would work for me. But it would take a lot of convincing to get me back to converting dungeon movement rates to miles and dividing by the sizes of hexes and accounting for terrain types and fatigue so on.

Keep it abstract. If the model is good enough for players to make meaningful choices, it's realistic enough.