I like this map Alex Schroeder pasted in his notebook. I'll have to print some isometric graph paper for myself... 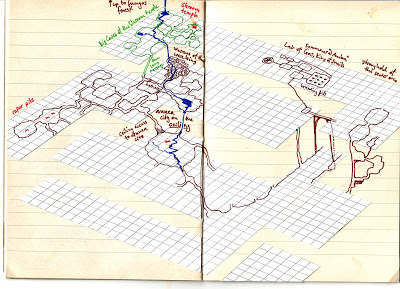 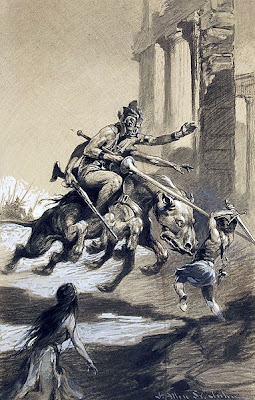 Should we have free community art for old school RPG house rules?

I'm floating this idea to see if there's enough interest. I like to make semi-pro looking house rules documents for my games. One of the issues I've run into is that, as great as the Open Game License has been for old school gaming, art and illustrations are typically reserved as Product Identity. That's totally understandable, but it means I can't, for example, shove my house rules into Swords & Wizardry and distribute it, even if I'm only giving it away for free to people I play with (online or off).

What if we started some kind of kickstarter project to commission art that anyone could use and redistribute in their own non-commercial RPG projects?

Would this be useful to the community?

Is there enough interest?

How would artists feel about it?

Richard, the Bosted Globe posted a bunch of photos you may find useful for your Carcosa Wacky Races (should you wish to make them an annual event).

(Somebody make this guy a color!)

The National Geographic photo contest has some great entries, including this one: 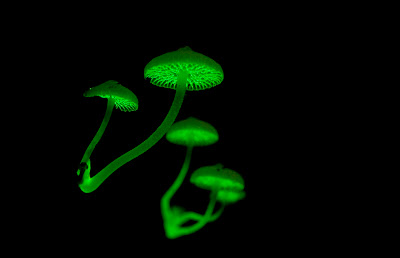 Hiking in pitch darkness within the dense forest undergrowth, one might encounter one of mother nature's awesome creations. A scene which many thought only belongs to the Sci-fi Movies. Filoboletus Manipularis is a fungus which naturally produces a faint eerie glow in the night by a natural process known as bioluminescence, shown in this 3-minute long exposure of these elusive little mushrooms.

Add some giant glow-in-the-dark mushrooms to you dungeon or sandbox!