(Reference Numbers: I do this "You find a scroll of unknown origin, write #68 on your page" then when they use it I can look it up and don't have to remember from nowhere which mystery scroll Satine found at the bottom of a well a year ago based on a hasty transcription of an ad hoc description)

Thanks, Zak. I'll start using something like this immediately.

Perhaps I'm the only LaTeX junkie in the OSR. I understand that it's harder than MS Word or Pagemaker, but it's free, flexible, and beautiful. Just look at this foldable dodecahedron package! Surely we can put this to use. 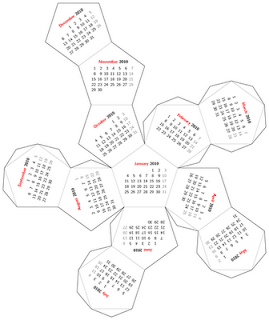 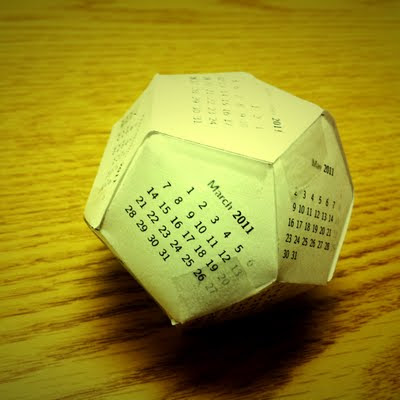 The Lesser Gods of Oerth and sweaty pseudopods

I never ran or played in a Greyhawk campaign, but I did get the 1983 boxed set as a kid. Reading it today for the first time in many years, this passage caught my attention:

The people of Oerth worship many gods. Only deities of the central Flanaess are detailed here, and of those, only the lesser gods (in most cases) have been detailed. In general, the greater gods are too far removed from the world to have much to do with humanity, and while they are worshiped, few people hold them as patrons.

These deities have been known to intercede directly in the affairs of men... a demi-god and a godling might well become embroiled in human affairs...

In my games, the gods—big or small—remain distant, their existence implied only by the granting of cleric spells, which is strange, since my imaginings about such things were founded on youthful readings about Homer's compulsively meddling, all too relatable pantheon. Maybe that one DM who used an uber-powerful archmage to lead our characters by their noses through his epic Lord of the Rings knock-off made me over-vigilant.

I'm changing-up to radically familiar gods in my new campaign. These minor deities have only a handful of spell-casting clerics, and they appear personally to replenish spells.

Imagine: you're a cleric, sleeping after an exciting adventure that exhausted you and all your spells. At some point in the night, your god—with his sweaty hands (or pseudopods or whatever) and coffee breath—shakes you awake and whispers divine revelations in your ear. Sort of like Santa Claus or your creepy uncle.

Origin of names in Harry Potter

I'm not a huge Harry Potter fan, but character names are something I always notice. I saw this Wordnik post about language in Harry Potter on Kottke, and though it worth reposting.

Characters’ names are often also common words. A dumbledore is a bumblebee. Snape is a ship-building term that means “to bevel the end of (a timber or plank) so that it will fit accurately upon an inclined surface.” Hagrid is the past participle of hagride, which means “to harass or torment by dread or nightmares.” Skeeter is a term for an annoying pest, and not just Rita Skeeter, blood-sucking journalist. Mundungus is “waste animal product” or “poor-quality tobacco with a foul, rancid, or putrid smell,” a good name for a sneaky thief.

My 0e/LBB retro-clone Torch & Sword is nearly complete. Since I'll be taking a little break from it to work on my new campaign, I decided to release this beta version (PDF, LaTeX source files).

In a few months, I'll give it a final edit and add one or two bits and bobs, but it's now pretty close to a complete implementation of the original rules. I also added some art. 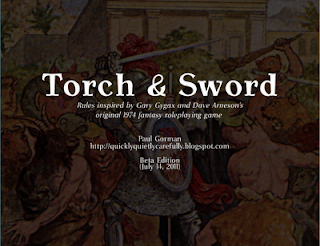 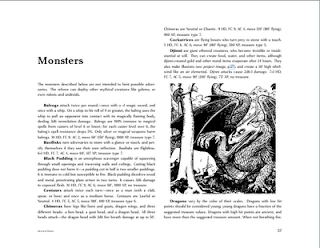 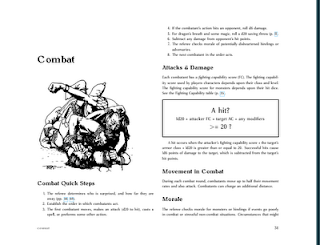 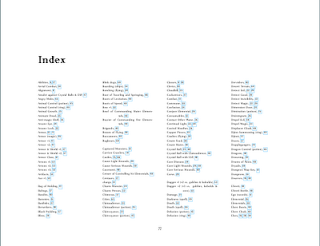 As I mentioned a couple of days ago, I'll use this custom table to stock the castles in my new campaign rather than the standard table in U&WA.

I'm not much of a social networks guy, but as Stuart says Google Plus might be good for gaming. Comment if you need an invitation.
Posted by paulg at 10:20 AM 2 comments:

Inspired by Scott's recent work on the Castles of Dwarf-land, I decided to start work on my new campaign by making a custom table to stock castles. To get a base-line for my custom table, I pulled some averages from the Type of Guards/Retainers in Castle table on p. 15 of U&WA:

Based on those numbers, I can pick suitable retainers and the quantities thereof:

I plan to finish and post my custom castle occupants table later this week.

Like a lich, a strigoi (f. strigoaică) is a normal man transformed by magic. Unlike a lich, men can become strigoi either in death or while still living. Strigoi haunt the place they lived as men. They often try to maintain relationships they had while human—particularly romantic relationships—but their twisted efforts frighten those who knew them as men.

Scholars differ regarding what causes a man to become a strigoi. These are some of the theories:

Any given strigoi possesses three of the following powers:

A strigoi suffers three of the following weaknesses:

I, Paul Gorman, created this text about the folkloric strigoi based on material in the public domain, and in turn release this strigoi text and its presentation into the public domain. Use it as you wish.

This bugs me too.

The first two volumes of The History of Cartography are available as free downloads. I wish the images were scanned at higher resolution, but there's still lots of inspiring material. 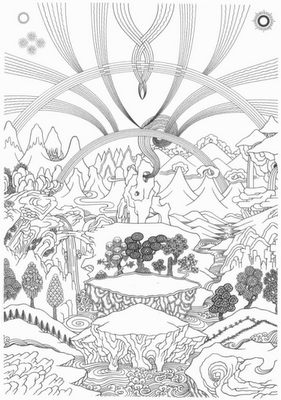 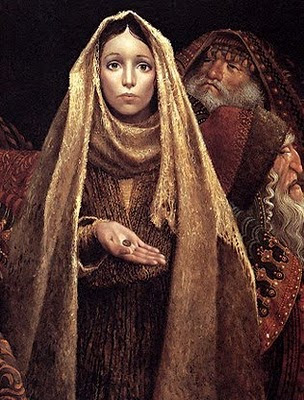