Why do magic-users create so many magic swords?

One of the questioned that troubled me in my youth: if only magic-users can create magic swords, and the creation of magic items is vastly expensive in terms of time and coin, why would there be so many magic swords?

Reflecting on this as an adult, the answer seems obvious. It's the answer to so many questions in D&D: wizards are dicks. They're a cantankerous and vengeful lot, who go to extraordinary lengths in pursuit of petty vendettas. 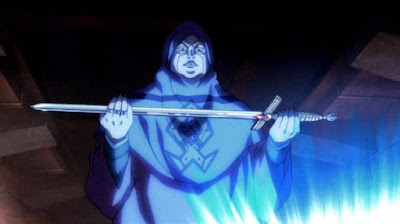 If I had spent more of my youth reading Vance than Hickman and Weis, this would have been obvious to me.

This also explains why intelligent magic swords are dicks, more interested in their own (i.e. their creator's) agenda than the life of their wielder.

That magic-sword +1, +2 vs lycanthropes, with an 8 ego? Some magic-user was sick of his potion garden getting torn up by werehares, and wanted a local lughead to take care of the problem for him.

The long-awaited second volume of Stonehell dungeon is on sale now.

I've played Stonehell and run it. It's a good time. It was also the first megadungeon to adapt the one page dungeon format. 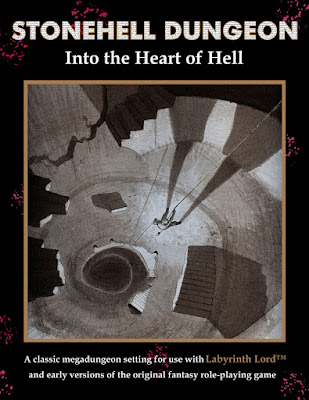 This is just a quick session recap, notable because we started a new campaign, playing fifth edition for the first time.

Beth was supposed to join us, but had to cancel for baby-related reasons. Ed played a human fighter and a human cleric. Karina played a hobbit rogue. Eric played a gnome wizard.

After finding a treasure map to allegedly un-looted ruins near the southern city of Ahklop, the party took a raft down the River Groob. Despite their curiosity about Ahklop's giant lizard market and trade in psycho-active garum, they set out into the forest without delay.

Following a brief stop to test the waters of a purple-glowing spring that left the gnome wizard invisible and the fighter with an enduring longing for an alien dream-city, they found the ruins of a step pyramid.

The pyramid, unfortunately, was not quite as lost as our treasure hunters hoped. In fact, it was thoroughly infested by electric space snakes and their mind-controlled zomboids (once indigenous tribes-people).

Following cautious scouting by the invisible gnome wizard, the party decided that a frontal assault was the best course of action (??). They charged the big mama space snake, which was defended by electrified rolling golden orbs. The hobbit rogue put her acrobatics skills to good use, firing arrows at the orbs mid-backflip, while the fighter and cleric engaged the giant snake. The space snake used her electrified Jacob's-ladder-like tail to taze the fighter unconscious and bit the rogue out of mid-air. Both would have died if not for the timely intervention of the cleric, but by that point the space snake had been hurt enough that it attempted to withdraw.

The snake would have gotten away, but as it slipped down a narrow staircase, the recently revived fighter shoved his halberd in its gut. It disemboweled itself, plugging the staircase with giant snake meat.

They mopped up the rest of the dungeon, and made off with a few hundred gold pieces, a golden mask with gem eyes, a vial with glowing green fluid, a small crucible filled with semi-solidified gold, a Remove Curse scroll, and a letter that seems to implicate the Grand High Potentate of Ahklop in a nefarious back-room deal to sell her own people out to the space snakes.

Impressions of 5e after this first session: 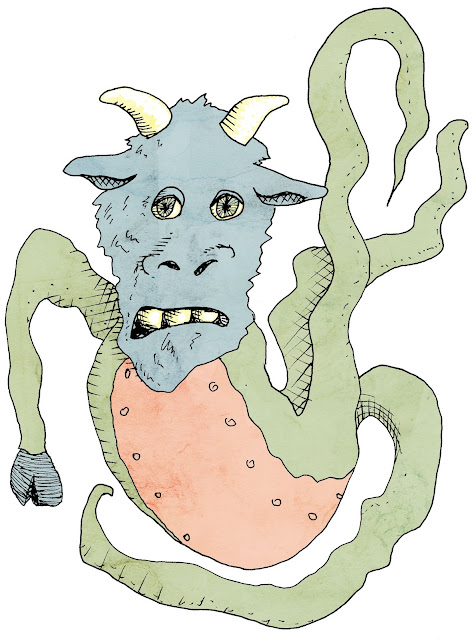 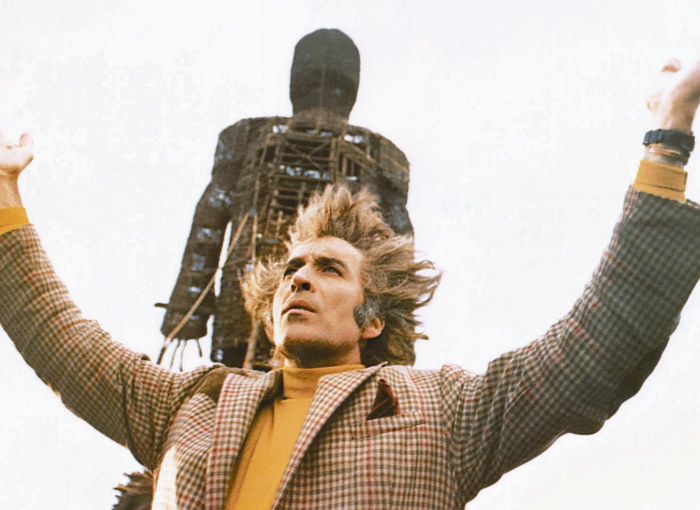 In case any of you missed it, Scott, formerly of Huge Ruined Pile, has again take up blogging again. 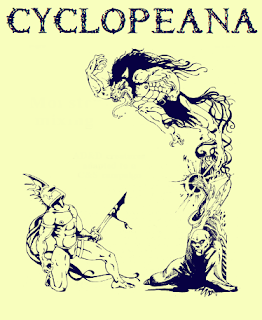 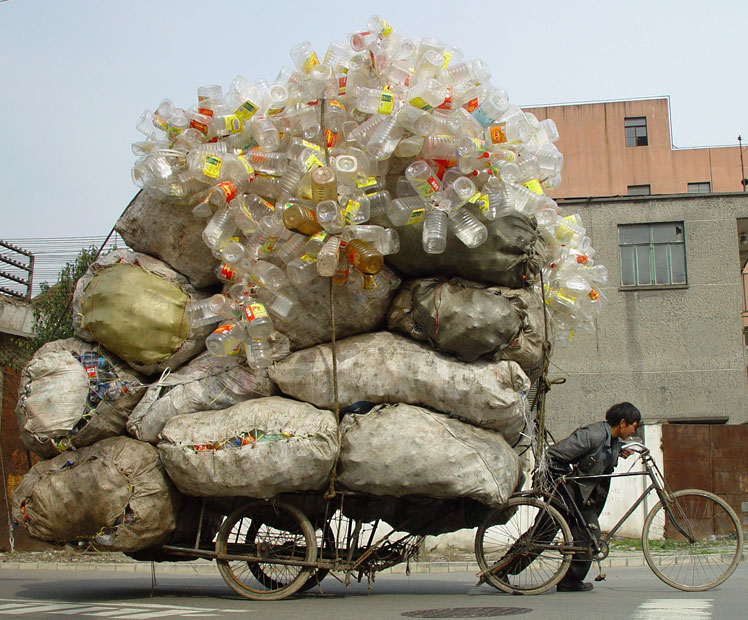 The Road Not Taken in D&D Art

It's not far fetched to imagine D&D might have started with a different artistic direction when we look at book covers of the period, including those from the Ballantine Adult Fantasy series, Penguin Science Fiction, or Arkham House.

Wargames of the era offer similar examples, including one from Gygax.

While thinking about this, I wrote:

Game art is largely illustrative in function. The text describes an idea, the art shows it. Realism as a technique is more accessible and less open to interpretation than abstraction. For game rules (but perhaps not other game products?), accessibility and specificity are generally more desired than difficulty and ambiguity.

That's obvious and not absolutely true, but it gave me two further thoughts.

First, abstraction is used extensively in wargame design for the sake of clarity. Tokens evidence this especially, probably necessitated by their small scale; abstraction in this case is taking away inessential elements, like Picasso's bull.

Second, the little brown books of OD&D are often described as difficult and ambiguous. What if the game was graphically as abstract?

It's been a long time since I last ran Stonehell, but on December 21st the party finally returned to those night-haunted halls. Back in 2012, I was a bit lackadaisical about campaign reports, so I might have missed a couple at the end. The following, played more than two years(!) after the last report, is probably session eleven or twelve of the campaign.

Our dramatis personae include party leader Slim Charles, the Conjurer; Pope Leo, the Village Priest; and Balian, the Swordsman. Joining them are henchmen Derric, Gilgrim, Nartan, and Colwin.

The party searched several stone-doored crypts on the first level of Stonehell. Pope Leo succeeded in turning a ghoul, and found a concealed coffer containing a large amount of silver, some jewelry, and a couple of blueberry-colored potions of salty taste.

To the south, the party found a large room with several collapsed columns. After defeating the giant spiders lurking in the darkness of the high vaulted ceiling, the party discovered its first major magic item: boots of levitation.

This was a short session, but a good start to our new, resurrected Stonehell campaign.