Wizards of the Coast has released a bunch of vintage D&D products as PDF's. I understand that that quality is better than the PDF's they released a few years ago. I'm off to buy some.

Check out this interview with H.P. Lovecraft conducted on a single postcard by a friend from small-town Vermont. The postcard is a wonderful artifact, and interview is quite good. I'd love to read a long interview with Lovecraft. 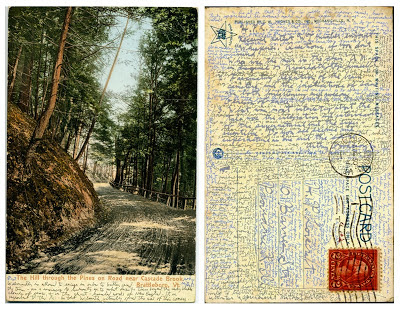 The Wikipedia entry on Court (royal) has a bulleted list of court officials. I reproduce it below as a numbered list suitable for dicing:

You know the thousands of terracotta warriors found in the tomb of China's first emperor? Archaeologists recently discovered a hidden 22-square-mile burial palace believed to be filled with deadly traps at the site.

What probably are intact are the countless treasures that—according to the ancient scrolls that describe the emperor's long lost burial site—fill the interior of the tomb. And perhaps the deadly traps guarding them too. [...] nobody wants to be the first to get inside because of the mausoleum's dangerous traps—they're detailed in the same texts that recount its abundant riches. 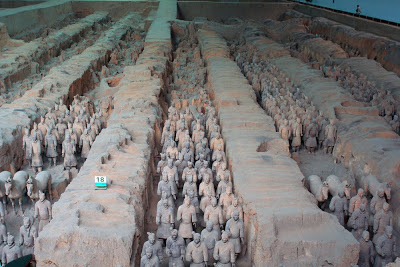