James Maliszewski asks for photos of the bookshelf you most frequently use in gaming. Mine changes fairly often as books get shuffled around, but this is it at the moment:

And, on the end, a few movies:

The shelf below this has a couple of magazine boxes full of modules and some three-ring binders, but their spines aren't particularly distinctive. The Greyhawk Folio, Holmes, Molkday, Cook, the LotFP Grindhouse box, and the Astonishing Swords & Sorcerers of Hyperborea box are down there too.

In LBB original D&D, all weapons do d6 damage. This seems to upset a lot of players who grew up with variable weapon damage. I've been satisfied enough with the "you'll be just as dead if I slit your throat with a dagger or a long sword" rationale that I've stuck with d6 damage in my Stonehell white box game.

However, I recently got pulled into another discussion on the matter, which mentioned a couple of popular d6 damage variants. These variants concern themselves with differentiating short/light weapons (daggers, darts, slings) from normal weapons (swords, spears, maces) from long/heavy weapons (two-handed swords, polearms, lances).

The first method is to roll d6 -1 for light weapons, d6 for normal weapons, and d6 +1 for heavy weapons.

The second method is to roll 2d6 and use the lesser roll for light weapons, roll 1d6 for normal weapons, and for heavy weapons to take the higher of two d6 rolls.

I wondered what sort of damage these methods would yield, so (since I don't really understand more than the most basic dice math) I wrote a little script to do some test rolls.

If I was a fighter with a two-handed sword, I'd be lobbying for the 2d6 method. It certainly proves more differentiation between the weapons types than the +/-1 method. 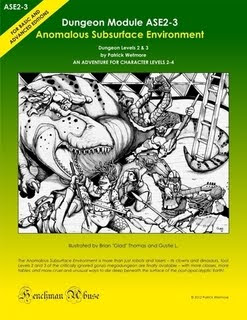 I was amused to see that Clay Shirky's recent essay about Udacity and online education as a Napster-like disruptive technology links to our very own Delta of Delta's D&D Hotspot. He should be see a big traffic jump.

A Metafilter post about recently deceased architect Lebbeus Woods provides some nice inpiration for urban adventures. His drawings remind me a bit of Zak's Vornheim. 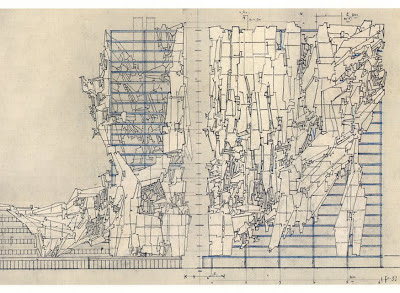 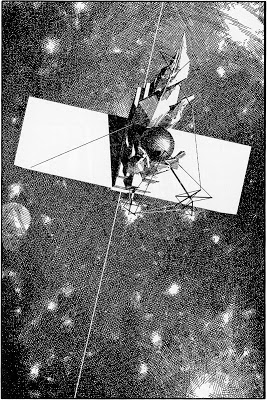 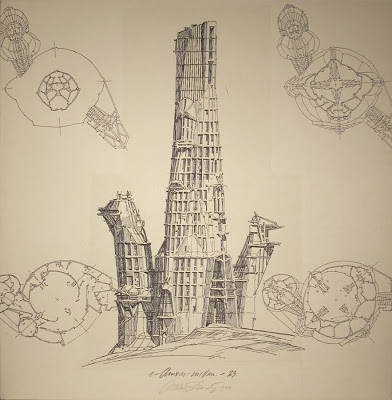